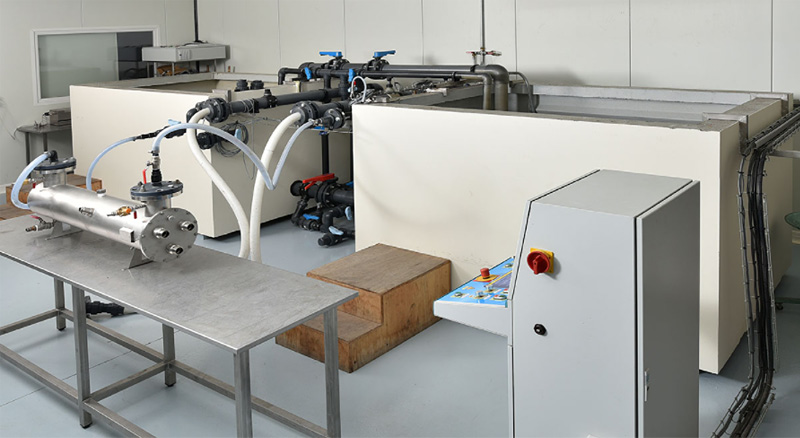 UVGERMI, a leading player in UV technology for air, water and surface depollution

Using technologies to build the world of tomorrow… 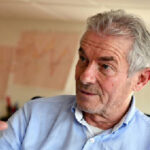 In 1979, the first Bordas Bobinage company created by André Bordas was specialised in the manufacture of electrical equipment for industry. In 1990, André Bordas created Bordas SARL. It mainly distributed industrial and electronic supplies for pumping, irrigation, swimming pool cleaning and water treatment. André Bordas was however convinced of the potential of UV technology and decided to go further. In 1995, in response to a call for tenders launched by the Corrèze Chamber of Agriculture, he manufactured his first eleven UV treatment reactors for greenhouse water purification. He delivered ten UV reactors to the Chamber of Agriculture and displayed the last one in his store in Objat. His goal is to get his new treatment unit known.

In 2000, SARL Bordas filed a first patent for a “Device for treating a fluid by UV radiation”. This patent involves the invention of a treatment device for fluids using UV radiation, with applications such as treating the discharge from effluent treatment and reuse plants in the food industry. In practice, for this treatment, the water flows through a device consisting of a hermetically-sealed cylindrical chamber (the reactor) and one or more UV lamps enclosed in quartz sleeves. At the outlet of the device, all microorganisms are removed from the water while the latter remains chemically identical. This process is fully environmentally friendly.

André Bordas continued working on this scientific concept for a perfectly mastered manufacturing process. His objective was to apply this process to the treatment of drinking water, wastewater, industrial and agricultural water and swimming pool water. In 2006, with his first dechloramination certification, he starts marketing his range of UVDECHLO dechloraminators

UVGERMI was created in 2009. The company’s objective was to continue the work started by SARL Bordas. It quickly developed its own know-how, allowing it to focus more on the design of new units. In 2012, UV GERMI obtained a UV Sanitary Compliance Certificate (ACS) for its range of treatment equipment for water intended for human consumption.

Today, the range of reactors developed by UVGERMI is a reference for the treatment of drinking water and waste water. The company is the leader in France in the field of dechloramination with more than 2,500 public swimming pool basins equipped. It exports its know-how and UV systems to Africa, the Middle East and the United Arab Emirates for the management of wastewater and grey water.

In 2017, with the company floated on the stock market combined with its in-depth knowledge of the industrial world allowed the business to develop its UV technology to new applications, particularly in the field of decontamination of air and spaces

Since its creation, UVGERMI has benefited from the expertise of its manager and above all from the fantastic commitment of its employees: technicians, engineers and doctors. This is a team of men and women who love their job and are working together to overcome pollution in our living environment and clean up the planet. As claimed, UVGERMI is a business on a human scale where all employees know each other. Its unwavering commitment and local roots are essential.
This SME from Corrèze primarily uses the skills of local suppliers close to its workshops. The company really stands out. It is reactive and able to meet customers’ request as accurately as possible and adapt to all kinds of specific needs. The very essence of UVGERMI's operation is too really listen to the needs of its customers during the design, purchase, commissioning, after-sales service and maintenance of its UV treatment units.

Having a positive impact on the environment and overcoming pollution in favour of human health are the foundations of UVGERMI's activities. With UV radiation technology, we have a natural disinfection system available. It is completely environmentally friendly process without needing to resort to the use of chemistry. This technology destroys microorganisms, bacteria, viruses, endocrine disruptors, and chemicals in the air, water, and on surfaces. By designing, manufacturing and installing UV treatment devices in France and abroad, UVGERMI teams take daily action for sustainable development. They improve the environment, water resource management, water reuse, air disinfection and surface decontamination.

“Our research work is most often guided by the requests of our customers who explain their needs to us”. Innovation is at the heart of UVGERMI's strategy. From the start, the company committed to a strategy of continued progress and innovation to provide solutions to the increasingly varied issues of its customers. Year after year, UVGERMI makes major investments in its Research and Innovation Centre. The lab R&D team works on approximately ten projects every year. UVGERMI was awarded the “Innovative Company” label from BPI France in 2017. This “Cleantech” is constantly innovating for its customers around the world with a view to increasing their efficiency and productivity.

For UVGERMI, high performance means safety, innovation and longevity. Water treatment must meet various stringent standards depending on the country. This is why the company ensures all the materials and elements composing the UV treatment units are 100% reliable. To do so, they are tested during a full year in the UVGERMI laboratory.

A whole range of drinking water treatment systems received a health compliance certificate (ACS), issued by a laboratory accredited by the French Ministry of Health. Five reactors gained their biodosimetric validation in accordance with the German DVGW294W standard and the Austrian Onörm standard.